In 2001, two years after the formation of Tempe Town Lake, a small group of Arizonans had an interest in water sports but no experience to guide them. Acting on what many thought was a crazy idea, practice began on milk crates on the side of a swimming pool.

In the Fall of 2002, the AZ Gila Dragons was officially formed as Arizona’s first dragon boating club. Love of the sport, the competition, and social connections have kept our enthusiasm running high ever since.

From those humble beginnings, the Gilas have expanded to include the Arizona SunGi women’s team and the Arizona Monsoon open team, and have competed in Hong Kong, Puerto Rico, Hawaii, Vancouver, Boston, Houston, Denver, Portland, San Francisco, Long Beach, and many other festival locations.

Today, we’re a diverse group of friends and family who come together at Tempe Town Lake to hone our craft, engage in fierce competition, then go celebrate in style!

As members of the Arizona Dragon Boat Association, we compete in Dragon Boat festivals in our own backyard, and across the world.

Catch the latest team updates, pics and videos in our Facebook group.

Peter started paddling with the Gilas in 2010, and has been coaching the Gilas since 2017. Prior to that, he has paddled with nearly a hundred different teams over multiple decades, across the west coast, mid-west, and the north. He has been to the IDBF CCWC three times as a paddler and steersman (Italy-2014, Australia-2016, and Hungary-2018), and brings broad, extensive world-class knowledge and experience to the Gilas. He can be contacted at:
funnp01@gmail.com

Bruce has been paddling with the Gilas since 2008, and was the Gila's head coach from 2014-2017. A true Gila at heart, he remains a very active part of the Gilas, assisting Peter with coaching duties at most practices and races. He can be contacted at:
bruce.johs@gmail.com

Get the latest practice updates on Teamsnap.
Email the Gilas coach at coach@giladragons.org to get a Teamsnap invitation.

First time joining us?
We can loan a paddle and personal floatation device to guests and new members, so come as you are!  More info for first-timers here. 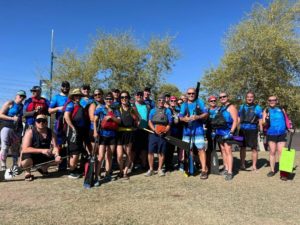 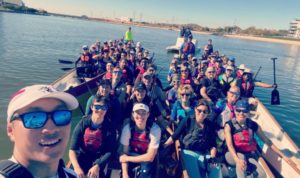 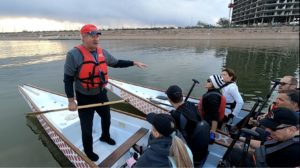 Jan 22, 2022 Lonnie Homenuk guest coaches at Gila Practice The Gilas were treated to... 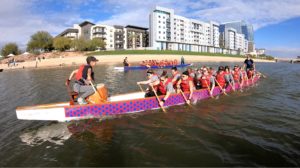 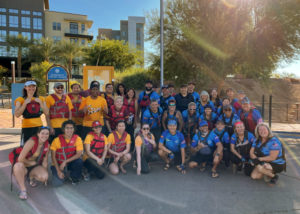 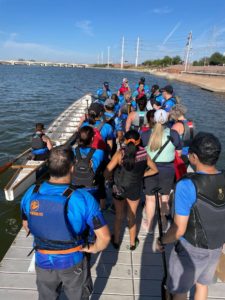 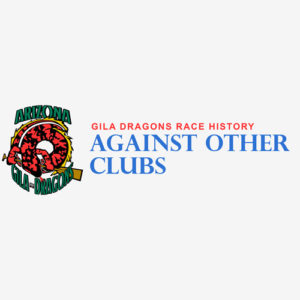 Gila Race Records & History from 2002 forward Against Other Clubs View the stats sheet...